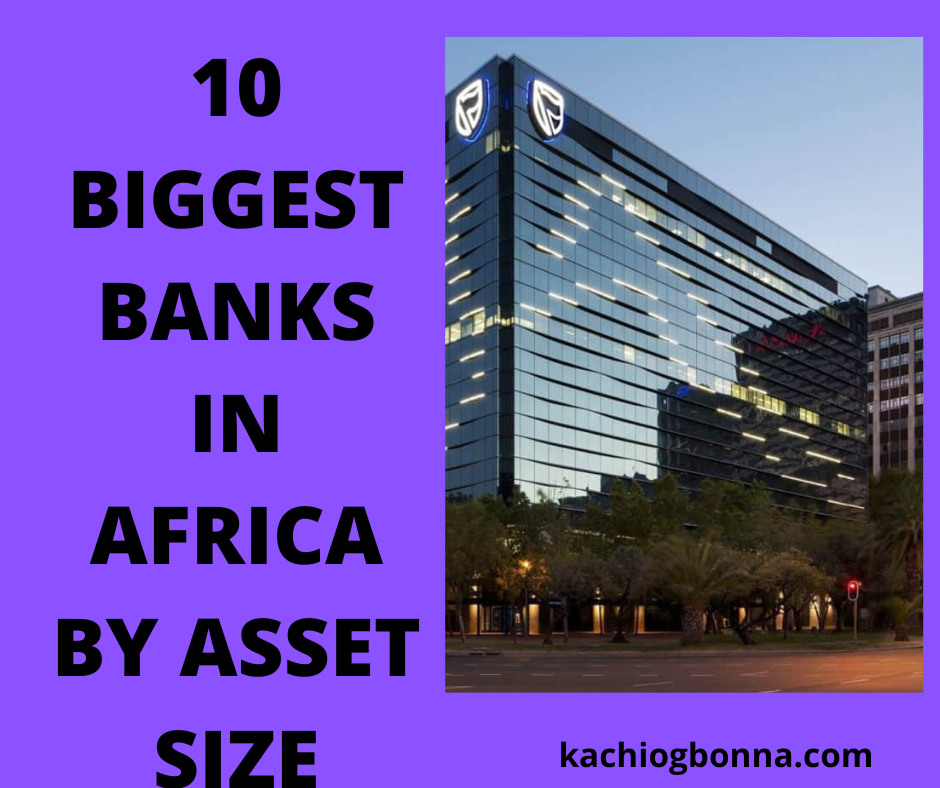 Categories of Commercial Banks in Africa

There are three major categories of commercial banks in some countries in Africa. For the purposes of this post we shall use Nigeria as an example. The three categories are:

Which is the biggest bank in Africa?

Standard Bank of South Africa with a total assets worth $172.9 billion as at 2021

Which country has the highest number of banks in Africa?

South Africa with with 52 commercial banks

How many banks do Africa have?

There are 763 commercial banks across the 54 African countries

Regional Banks are those banks with the license to operate within a particular region within the country but not able to operate nationally. The minimum paid-up share capital stipulated by Central Bank for Regional Banks authorization is N10 Billion Naira.

Nigeria for example has 3 regional banks and they are:

In other to operate a commercial  As a case study, Nigeria has 12 national banks and they are:

Here are the 8 global banks in Nigeria:

Countries with the highest number of Commercial Banks in Africa

Findings by Business Insider Africa show that South Africa, Tanzania, Kenya, Egypt and Ghana are the top 5 countries with the highest number of banks in Africa.

Egypt is 4th with a total of 40 commercial banks.

Uganda came a distant 6th with 24 banks, 10 less than that of Ghana in 5th position.

Some of African banks have done creditably well in terms of asset with with Standard Bank leading the pack with over 150 billion dollars worth of asset.

By assets here we are basically referring to all the properties, cash, account receivables and other valuable resources owned by the bank in question.

And according to statista below are the 10 biggest banks in Africa by asset size:

National Bank of Egypt is second in the list of the biggest banks in Africa based on asset size. The bank overtook First Rand to this position’s based on the previous year’s ranking.  The was bank founded in Egypt in June 1898, and is the country’s largest bank in terms of assets, deposits, loans, bank-capital, number of total branches, and employees. It has 338 branches within the country. As at 2007, the National Bank of Egypt accounted for 23% of the Egyptian banking system’s total assets, 25% of total deposits and 25% of total loans and advances. NBE also accounts for 74% of the credit card market and 40% of the debit cards in Egypt. This is the bride of Egypt’s banking sector.

Absa Bank Limited (ABL), formerly known as Amalgamated Banks of South Africa, is another South African Bank in the list of the biggest banks in Africa by asset size.  It is a subsidiary of Absa Group Limited. The bank’s headquarters are located on the 7th Floor of Absa Towers West, 15 Troye Street, Johannesburg, South Africa. Absa Bank Limited is one of the largest commercial banks in South Africa.  Absa Group as a whole has presence in 12 countries across the continent and around 42,000 employees.

FirstRand Limited is yet another South African Banks in the list of the biggest banks in Africa. The bank operates in South Africa, certain markets in sub-Saharan Africa such as Botswana, Namibia, Swaziland, Lesotho, Zambia, Mozambique, Tanzania and Ghana as well as in the UK, and India. The group has its headquarters in Johannesburg, South Africa.

Nedbank Group is a financial services group headquartered in Johannesburg South Africa. Nedbank’s primary market is South Africa, but also operates through subsidiaries and banks in Eswatini, Lesotho, Malawi, Mozambique, Namibia and Zimbabwe, as well as offices in Angola and Kenya. Outside Africa, Nedbank has offices to provide international financial services for Africa-based clients in Guernsey, Isle of Man, Jersey, the United Kingdom and the United Arab Emirates. In 2014, Nedbank acquired an associate stake of 20% in Ecobank. The Nedbank-Ecobank Alliance is the largest banking network in Africa, with more than 2,000 branches in 39 countries.

Attijariwafa Bank is a Moroccan multinational commercial bank and financial services company founded and based in Rabat, Morocco. It is the top in Morocco and exists as part of king Mohammed VI’s holding company the SNI. The bank maintains offices in Paris, Brussels, Madrid, Barcelona, Milan, Shanghai, The Netherlands, Tunisia, Senegal, Ghana, Mauritania and Mali.

Banque Misr is an Egyptian bank founded in 1920 and nationalized by the government of the United Arab Republic in 1960. The bank has branch offices in all of Egypt’s governorates, and currency exchange and work permit offices for foreign workers in Egypt.

La Banque Centrale Populaire is a major bank in Morocco that as of 2012, had 27.9% market share of customer deposits in the country. The bank maintains overseas offices in Germany, England, Canada, Spain, France, Gibraltar, Netherlands and Belgium.

The Moroccan Bank of Foreign Commerce, or BMCE Bank is a large commercial bank in Morocco that operates over 697 branches in Morocco alone, and 560 branches in the rest of the african continent. BMCE has offices in international Country in Europe, Asia, France, Spain, United Kingdom, China, Italy, Germany, UAE, Belgium, Canada and Netherlands

You may want to read:

5 Reasons Dangote Net Worth has Continued to Dwindle

Why You Need a Blog – 20 Benefits of Blogging

How to start palm oil business in Nigeria (2022)

Investec is an international banking and wealth management group. It provides a range of financial products and services to a client base in Europe, Southern Africa, and Asia-Pacific. Investec employs approximately 8,300 people worldwide and operates primarily in South Africa, the United Kingdom, Australia and Ireland. It also has banking operations in Switzerland, Mauritius, Guernsey, Hong Kong, India, Jersey, and the United States.

As can be seen in the image above, the top 10 biggest banks in Africa are all from just three countries. South Africa leads with 50% of the topmost banks. And on the other hand Morocco and Egypt have 30 and 20% respectively.