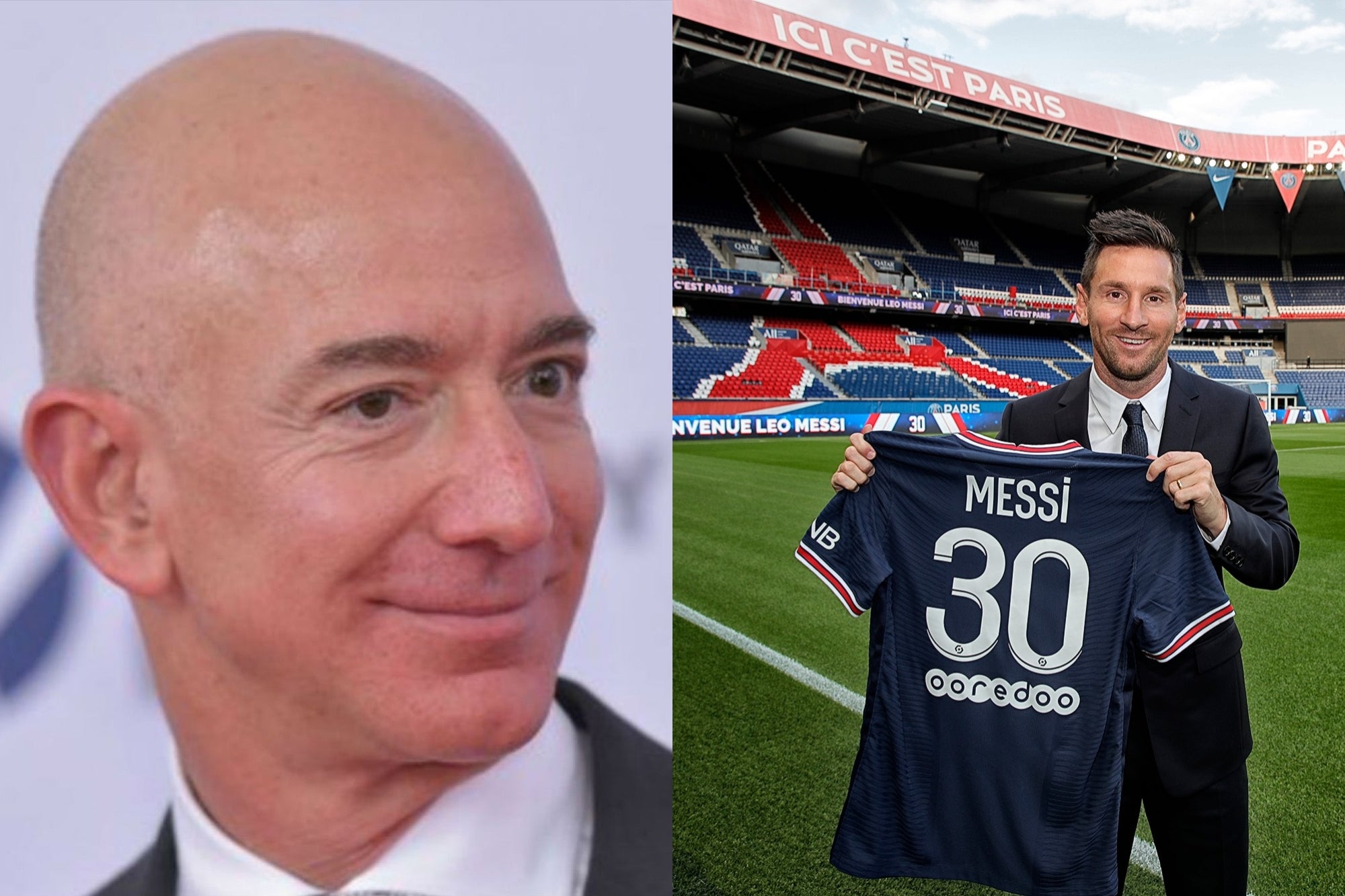 MESSI SALARY AS HE SIGNS FOR PSG

After 21 years of meritorious service in Barcelona Lionel Messi finally issued an emotional farewell message to millions of Catalonia fans all over the world.  And by yesterday August 10, 2021 he signed a 2 years contract with the new Avengers of world football PSG. That contract will see Messi earn a minimum salary of 336 million naira per week. No footballer, dead or alive has ever earned that much.

If Kachi Ogbonna who is a graduate of Electrical Electronic Engineering had succeeded in getting job in Chevron and is paid One Million naira every month (of course you know he will be regarded a big boy to earn that much in Nigeria), as a matter of fact only very few graduates are privileged to earn that much in this part of the world. Assuming Kachi salary remains at the average of One Million naira per month,  Kachi will have to work for 28 years non-stop to earn 336 million naira. That is the salary of Lionel Messi in a week.

Messi’s one week salary = A Chevron Engineer’s 28 years’ salary. This is based on the assumption that the Chevron Engineer salary remains the same for those 28 years. That is madness, isn’t it? 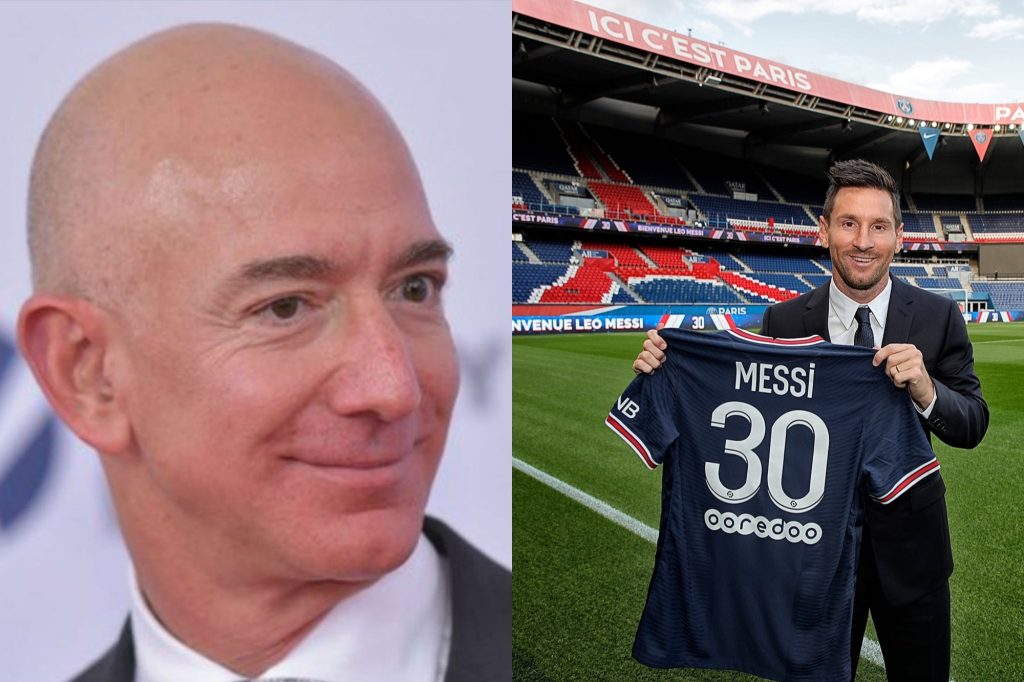 Unfortunately, anytime the issue of footballers’ crazy salary is being discussed most Nigerians immediately seize the opportunity to attack education. Especially seeing that it is not even every graduate that can get the Chevron job. Most of us have misrepresented not just the salary of Messi but the significance and implications of playing football in general. Most social media users (including fellow professionals) have made serious attempts to demean ‘education’ by comparing the monetary rewards that it offers to what football offers.

I heard that A is no longer for Apple and B is no longer for Book. I understand that the new way of teaching children ABCD (in Nigeria) is to let them understand that A is for Attack, B is for Back pass, C is Control the Ball, D is for Defence and indeed every single footballing terminology is now used in learning the English Alphabet, and at the end of the day the lesson to the child is simple – you must play football whether you like it or not.

But I think that the idea of trivializing formal education and enthroning sports is very dangerous for any society. We can’t afford to promote this ideology as a nation otherwise I am afraid of what the future holds. We will not be doing our generation any good if we encourage them to ignore education for the pursuit of money. Of course, you should know that I am a key promoter of the fact that going to university is completely useless if it is all about the certificate, but for God’s sake, how can someone who is actually a graduate want to make it look as if it is all about the paper certificate?

In the first place I hear some persons analyze the fact that Messi is earning this amount as salary despite not having a traditional university certificate. but I consider that an erroneous narrative.  Like I explained in a similar article as this when PSG signed Neymar, PSG is not paying Messi this amount because he didn’t go to school, rather it is because he has proved himself competent enough in his chosen career? I think the emphasis should always be on what someone can do. It should not be on one’s academic qualifications or not. If it were so, then all those without university education will easily be earning like Messi already.

Is Football The Highest Paying Profession?

336,000,000 naira per week is out of this world, in fact it is out rightly unthinkable especially if your salary is 200,000 naira a month. But hold on guys, before we blow this thing out of proportion and you withdraw your son from school and insist he must go and play football, read to the end.

Football is not the highest paying job in the world. In fact just as a Chevron Engineer’s annual salary is just a tiny fraction of the salary that Messi earns., so also is Messi’s salary a fraction of another person’s daily earning. You must be wondering whose salary could be more than Messi’s in this world?

I will use just one example to illustrate this. Do you know that man called Jeff Bezos? According to both Forbes and Bloomberg Bezos is the wealthiest man alive (as at the time this article was first published). Jeff makes an estimated 321 million dollars per day, at an exchange rate of 500 naira to a dollar that is 160,500,000,000 naira a day. I think you need to read that last sentence again because it sounds quite unreal, 160.5 billion naira in a day – even my calculator is confused right now and I had to use Google calculator to crosscheck that.

At the rate of 336,000,000 naira per week it will take Lionel Messi 9 years plus to earn what Jeff Bezos earns in a day – that is crazy, isn’t it? You thought Messi is the chairman until he stands side by side with Bezos. I don’t want to be as stupid as attempting to analyse how many lifetimes it will take our Chevron Engineer to earn Jeff Bezos weekly or daily earning.

On July 20, 2021 Jeff Bezos actually made 13 billion dollars in a single day. Don’t attempt to translate that amount to naira if you don’t want to have any problem with your calculator. But just in case you need to know, Messi will actually play for 372 years to earn that amount Jeff made in a day?, isn’t that ridiculous? And you think playing football is the best thing that can happen to your child! I guess you need to have a rethink.

Messi earns 336 million naira weekly as salary but someone pulls that Pay Cheque – do you get it now?.

Messi plays for PSG today and earns such a huge amount as salary but PSG is actually owned by someone.  The owner of PSG is Tamim bin Hamad Al Thani (have you ever bothered to ask how much he earns?)

Why would I rather be a Jeff Bezos than a Lionel Messi? Why would I rather point my kids to Jeff Bezos than to Lionel Messi? It is simple. If you want to go by the figures, you have already seen it above. Do you prefer to look at what the future holds?  Messi is 34 years old today, but will he still be playing football at this level at age 40? Football doesn’t even provide pension or gratuity for anyone.

Conversely, Jeff can sleep for the rest of his life and the billions will keep flowing in. He will not need to work before he earns. The reason is because alert has been set on autorun.  He has ‘programmed’ his business directly into his bank account with his knowledge. You need education to set up that kind of system. What if you are looking at relevance and significance? How many millionaires has Messi made or will he ever make in his lifetime? Probably not much, but Jeff Bezos has created over 40, 000 direct millionaires through Amazon.

Education is the Key

Education is still the key, education is still superior, education has birthed technology and technology is where the money is. If you check the 10 most valuable football clubs in Europe today (I mean those guys that wanted to form the super league)?  Add up their net worth. I bet you, Bezos can buy all of them for charity and still remain the wealthiest man in the universe. Check out the combined worth of those clubs in this article Between Neymar and Bill Gates if you have any doubt about that at all.

The standard of education in Nigeria has dropped so badly that it is beginning to lose its relevance. But rather than turn our back on it completely, rather than encourage our children not to go to school, rather than insult it the more, we should champion a course on how to make it what it ought to be and how it could become more attractive. We should teach our children the real importance of education and not just to come out and get good jobs.

Trends are changing, the world has evolved and our educational system must evolve and not be allowed to dissolve.

Send your children to good school if you can afford it and after that allow them the freedom of choice. If they choose to play football they will not only aim to play for Real Madrid, Barcelona or PSG. Rather they will have their eyes set on buying football clubs and eventually hiring those as good as Messi.

I choose to go to school, learn how to build and buy existing businesses.

I choose to go to school, learn how to deploy the grace God has given me to serve humanity.

Finally, I choose to go to school and learn how my ideas can solve the problems of the society.

What do you choose, for yourself and for your kids?

What are you teaching them today?

I advise you to teach them idea generation.

And then teach them problem solving and you will be happy you did.