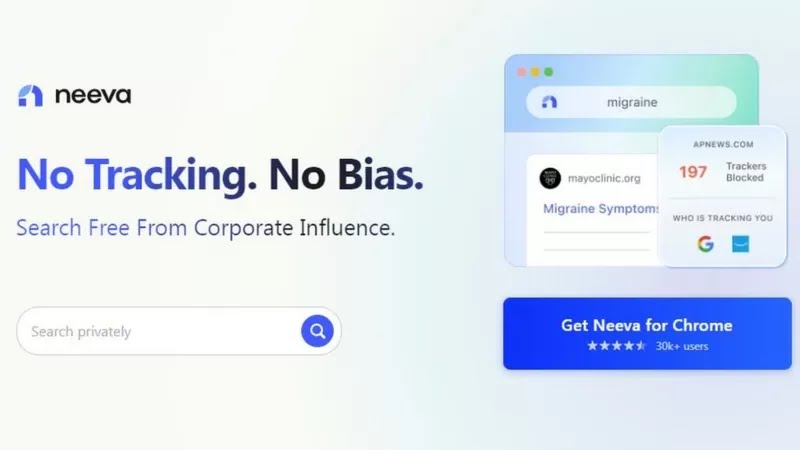 An advert- and tracker-free search engine by name Neeva has been launched in the UK, France and Germany. The launch was done on Thursday.

Neeva has been operating in the US since last year and currently has 600,000 users in the US alone.

But the decision to launch in Europe is part of the expansion plan of the company as it seeks to go global.

The founder Sridhar Ramaswamy, who worked at Google for 16 years and ran its ad business, claim that the technology sector had become “exploitative” of people’s data. And according to him that is something he no longer wants to be a part of.

Within this short while Neeva has raised $77.5m (£68m) from investors.

In terms of service, Neeva offers free-to-use search. However, it has other features such as password-manager access and virtual-private-network (VPN) service but these are to be made available on a subscription basis.

Users are asked to create an account, to build subscriptions at a later date.

And the UK price was likely to be about £5 per month, Mr Ramaswamy said.

“We felt the traditional search engines had become about advertising and advertisers – and not really about serving users,” he said.

“Google has a dominant position in the marketplace – and the incentive for them to truly innovate, to truly create disruptive experiences, is not really there.

“And then also as a company they feel obligated to show more and more revenue and profit to their shareholders, so they just keep increasing the number of ads.”

Search the word “migraine” on both Google and Neeva, and the first page of the results are fairly similar – links to news articles and factual information.

But with a brand, the difference becomes more stark.

When I try “BMW”, both search engines lead with links to the car maker’s website and Wikipedia entry.

But while Google follows with a map, social-media feeds and links to used-car dealers, Neeva sticks with different BMW official pages.

Google certainly has more variety – but it is also blatantly pushing me towards buying a car.

A BBC reporter shared the result he got when he tried:

And almost all – but not the BBC – had at least one belonging to Google. This means Google is receiving anonymized information about users visiting those pages.

However, when the extension is activated, no ads display around the editorial content.

But ultimately, none of Neeva’s other rivals has dented the dominance of Google search.

“To Bing” or “to Duckduckgo” – another privacy-focused service – are not verbs in the way “to google” is.

And asked if Mr Ramaswamy could ever topple his former employer, Steph Liu, an analyst at Forrester specializing in privacy and search, said: “Realistically, no.

“It’s a sort of David and Goliath story. Google has too many users, it has too much revenue.

“The ultimate goal is to offer an alternative for the consumer base who are worried about their privacy, who don’t want Google hoovering up their data and targeting ads based on their search history”.

Porsche IPO: Luxury car maker valued at up to $75bn in share sale

How Does Venmo Work? – A Complete Explanation of the App

WhatsApp Business Model – Why is It Free?