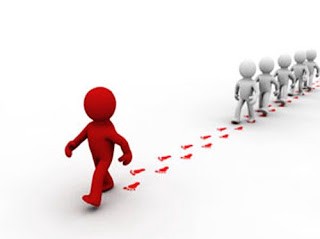 One of the best things that can happen to you as an entrepreneur is to get what we call the FIRST MOVER ADVANTAGE. What is First Mover Advantage?

This refers to the advantage a company gets for been the first to introduce a product or service to the market. Most times this benefit can be that people will come to know you, trust you and use you as a standard to judge any other brand that ventures into that same service or product. However, when the term ‘first mover’ is used, it doesn’t necessarily mean it is that brand that is the first to attempt or even produce or even introduce that product to the market, however it does mean they are the first to make a significant impression on the market.

If you really want to build something worthwhile I would advise you avoid delving into familiar territory. Stop rushing into the same thing everyone is already doing. Not only will you make it much more difficult for you to succeed, but even if you do succeed it is not likely anyone will know you as a reference point for that industry, sector or service. In your search for security, advise that you don’t go into a crowded market where you will be so swallowed in the lower echelon of a saturated market. Look for something that is relatively new and venture into that.

The good news here is that you don’t necessarily need to be the one to create that ‘something new’, just in case you are not the innovative type. So what do you do if you are not the innovative or creative type, yet you still want to go for something that not many people are into? It is simple, spend some time and search for the creators, then position yourself as a key promoter or distributor of such product or service.

So in this article, I will be focusing my discussion on first mover advantage more on its application to distributorship line of business as opposed to manufacturing. Hear me and hear me well, that product don’t necessarily need to be the very best or leader in the market. But I promise you that as long as it is relatively new and of real value, add that to your commitment in doing the hard work of pushing it, then you are made already.

I share some practical and relatable case studies with you:

Case Study One: MTN Distributorship and My Personal Experience

After my Youth Service in 2012, I approached MTN and told them I wanted to become their distributor (and I was open to take any state they give to me) but they told me there was no space for that nationwide.  They further said that if I am really interested I should go and become a sub distributor under any of their distributors.

But this is the same MTN I heard that when they started newly in Nigeria in the early 2000s that they were begging people to become their distributors. As at that 2012 I talked about, you need to see the kind of millions those distributors make on a monthly basis – that is the first mover advantage at work. Of course I walked away and immediately dropped my interest of been an MTN distributor – I hate to play at the lower echelon of any game I am involved in. I am 100% sure that there are lots of untapped opportunities out there, but people are only interested in going through the path of least resistance, because they don’t want to pay the price that comes with been a first mover.

Today, there are tens of thousands of people dealing on MTN recharge cards as sub dealers both online and offline, including those offering VTU services and recharge and get paid services. All these people ventured because they saw the kind of money those early entrants were making, but as you must have guessed already, most of them are only making enough to sustain them but can hardly become millionaires as happened to those first movers.

Case Study Two: My Client vs The FMCGs

Sometime last year, a client approached me to broker a distributorship deal with any of the FMCGs in Nigeria for her. I approached Unilever, Reckitt Benckiser, GSK, Procter and Gamble, Nestle, IndoFood and even other smaller brands but I was shocked that none of them had space for the position of a distributor in any of the states in South East Nigeria where my client had interest. They were all referring us to their distributors to go and affiliate as a wholesaler or at most sub distributor.

The next thing I discovered was the amount of money most of them were calling as the minimum one must have to get a distributor’s licence assuming they had vacancy. The major brands were quoting as high as 100 to 150 million naira. I had to go looking for completely new products that don’t have a presence in the market as at that time and we took a risk on two of them. With innovative marketing strategies some those products are outselling some of the more  known brands in those states today.

I have always known that distributorship business is a massive opportunity in a consuming country like Nigeria. The population of Nigerian is now approaching 210 million. I have always been watching out for new products I can distribute or recommend to my clients. But I hate being at the base or lower echelon of the distribution chain. I like to be among the starters. I like to have the first mover advantage because I understand the power it carries.

If you are introducing any business to me and the whole world is already into it, just count me out. I like pioneering new ideas. I like trying out new things, if I fail I learn and if I succeed na blood money be that?

Sometime in 2018 or there about the news busted the internet that DSTV was going to have a direct rival. A new satellite television called TSTV was going to be launched. I took my time to read everything TSTV promised to offer. After that I knew that if they do as they said, DSTV will pack their loads and go back to South Africa.

I had to act fast

Others were busy preparing to buy the decoder and enjoy those services for themselves. What did I do? I quickly looked for the company’s contact and called them for the right of a distributor in Imo State. They wanted to tell me that someone else was on the line already but I wouldn’t have any of that.

I told them I was ready to deal no matter the amount involved (I have always maintained that money is not a problem for me in starting a business, if it is worth it I will always raise the money no matter how much that is involved).  I explained that there was no better person to drive that service in Imo State than Kachi Ogbonna. Knowing that the only way to make money is to sell I was ready.

You just have to sell

If you want to make money go and look for what to sell. Dangote is the richest man in Africa today and all he does is sell salt and cement, (well, that is on a rather lighter note, but I guess you got my drift). Back to my TSTV story, I was able to convince them and they agreed to deal with me.  Unfortunately TSTV never came to be, or at least it has not for now. Some persons said there was a high level politics orchestrated by DSTV to frustrate it. For us we still keep our fingers crossed. 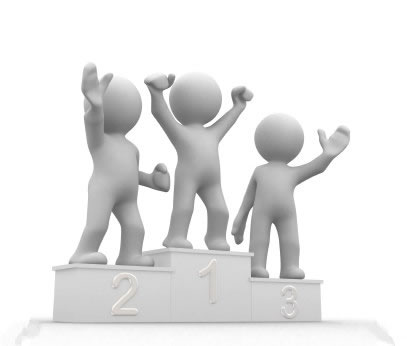 The more we grew the more our revenue was dropping drastically. Why? Because the market got very saturated after about our first year in business. People saw the kind of money we were making and everyone decided to go buy a mini bus. This was much more necessitated after keke was officially banned.  Today, everyone in Owerri is using mini bus and that is why we exited the market. I can tell you authoritatively that over 75% of the people doing that business today are running at a loss.  But we already moved on. Yes, we moved on and as a business school is now working on something new. We are working at delivering another FIRST from us.

How many people have you met that invested heavily in Longrich, Oriflame, GNLD and the rest of them and today that their investment is as good as gone. That investment is gone, not because someone scammed them. Rather it is gone because they couldn’t read the dynamics of the market especially as pertains to first mover advantage. When those networking businesses started, many people were skeptical of joining. Yes, it is expected because they were not sure how it will turn out eventually.

But a few people that were willing to risk for the purposes of first mover advantage delved in.  They did all they could to convince people at the early stage and boom they got those that believed. As they win more people over they started winning cars. They started travelling abroad for vacations and gaining serious promotions. Then everyone’s eyes opened, people suddenly realized that ‘this thing appears to be working’. And that was how many people rushed in to start enjoying those benefits too. Unfortunately the only people that kept getting richer are those early entrants. The new comers have long become frustrated and gave up. That is why they believe networking business is a scam because they lost their hard earned money.

But is it really a scam?

No. You just have to know the right time to join and that there is work to be done.

I just hate to join the bandwagon or what everyone is already doing and you need to learn that too. There is nothing dignifying in being like every other person. Sometimes you just have to think or act as a misfit – those are the people that change the world.

Look for something new and be among the first set of people to drive it. It may be unpopular, it may be unknown and it may even be unacceptable today. But if you succeed, the whole country will be your followers since every other person like follow follow lifestyle.

It is all the same story

I am sure you can remember clearly when each of these products came into the market.  Who could have accepted to be their distributor then (except those who understood the power of First Mover Advantage).  But go to any of them with your money today and see if you will be accepted as a distributor.

It is however not always a smooth sailing journey for first movers.  As with every other business strategy it has its pros and cons.

In conclusion, First Mover Advantage is the benefit or advantage you gain for taking action when others are still contemplating. This can be viewed as a risky venture in some quarters. But what do we know about entrepreneurship? It is that those who risk the highest also gain the highest. Today I charge you to go out there and look for a new product and position yourself for it. You might just be at the verge of something great.

If this article moves you and you would want to try out something that not many people are aware of, then check out 7 powerful Blue Ocean Ideas in Nigeria.

My name is Kachi Ogbonna.