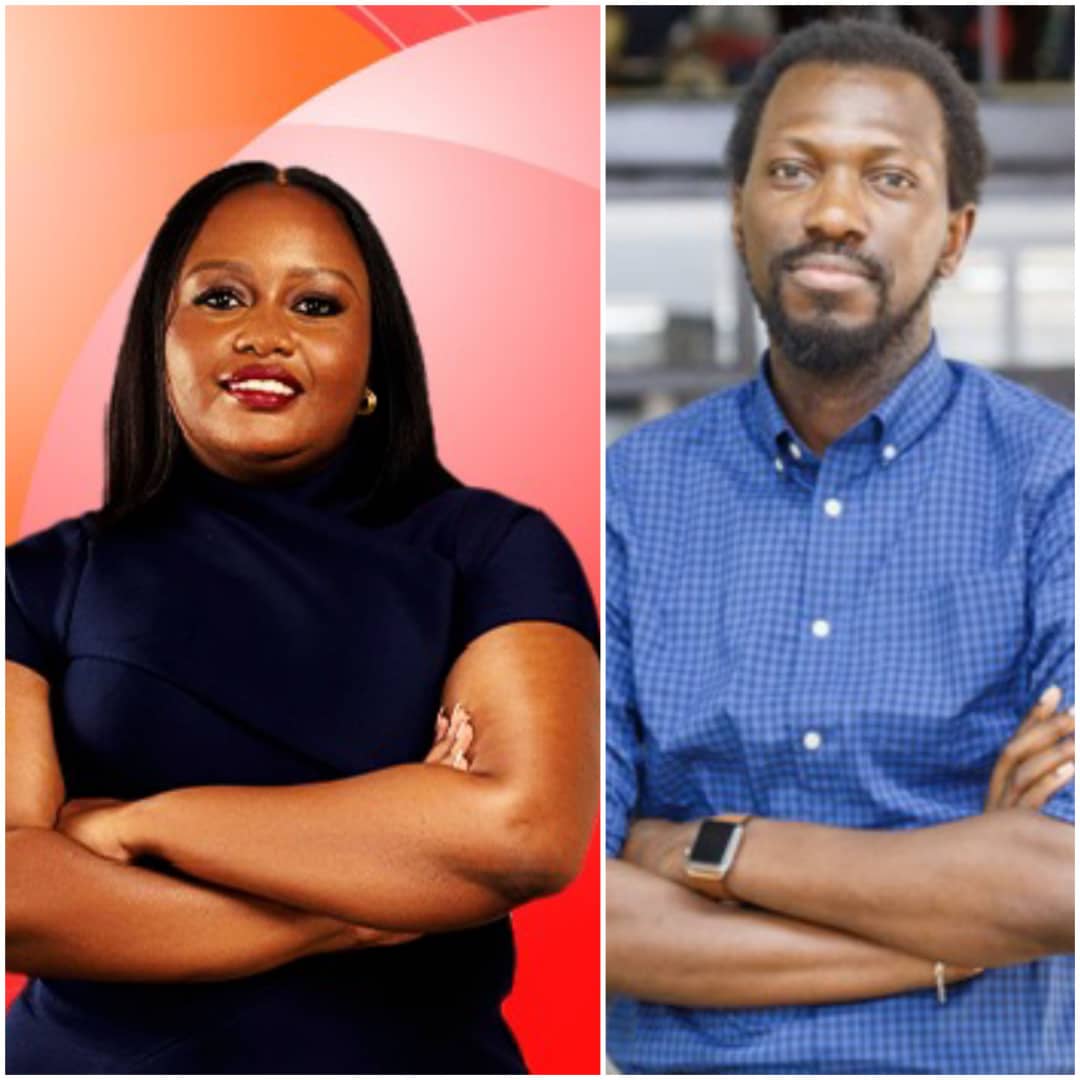 It is no longer news that Africa’s most valuable startup Flutterwave is involved in a serious scandal following accusations of impropriety against its CEO and co-founder Olugbenga Agboola.

The Flutterwave scandal surfaced following an article with the title “Flutterwave: The African Unicorn Built On Quicksand”, by Nigerian controversial investigative journalist David Hundeyin. The article was published on April 12, 2022 in West African Weekly.

Summary of the allegations

Impersonation and conflict of interest

The first allegation against the Flutterwave CEO is that he was working simultaneously with both Access Bank and Flutterwave at the early stage of Flutterwave formation. Though it is common to see tech guys or young entrepreneurs building something by the side while still in paid employment. But in the case of Olugbenga he clearly used his position as the Head of Digital Factory & Innovation, Access Bank coupled with the resources and high level network of Access Bank to be building Flutterwave. And he never mentioned it to the management of Access Bank nor to the investors in Flutterwave.

In fact when it was discovered that he was maintaining dual personality in Access Bank and Flutterwave, US Security and Exchange Commission launched an investigation into the matter. Olugbenga was invited to state his case and along with Access Bank MD Herbert Wigwe he flew to US and sworn under oath that at no time did he worked simultaneously for the two company. But David’s article now claims otherwise.

Creating of a fictitious co-founder

David further alleged that Agboola deceived his co-founders Adeleke Adekoya and Iyinoluwa Aboyeji, in a bid to get more shares than agreed. He allegedly created a phantom identity known as Greg Agboola, as a 4th co-founder. The report stated that Adekoya was meant to receive 37.5% of the company, while Aboyeji and Agboola are expected to share 62.5%. However, Agboola created the identity of “Greg”, informing them that the person would take 10% of Flutterwave. He further explained that this stake would be provided from Aboyeji and Adekoya’s shareholdings. However it is now becoming clear that there was no Greg. So the 10% share was an extra share to Agboola but obtained in deception.

Denial of stock option to staff

According to David he has been working on this report revealing Flutterwave scandal for the past 6 months. And in the process he interviewed three formal staff of the company and more revelations are here.

From his discussion with former employee it was discovered that Olugbenga was involved in insider trading. Notable among the several cases is his refusal to hand over 40,000 shares worth 2 million dollars to one of the employees as agreed. And even the employees that received their shares were given at a rather low value. For example one of them narrated how he was forced to sell off his share at $3.50 per share, compared to the actual market value given to an investor, which is close to $20. This means that the employee was practically robbed of 82.5% of the market value of his share. These stock sales, the story alleged, must go to an investment company that actually belongs to no other person than Agboola . This sort of practice is known as insider trading and a crime according to the United States Securities and Exchange Commission.

Perhaps the worst part of this is that when one of the former employees sued Flutterwave Olugbenga allegedly went behind and influenced the law firm to drop the case.

The Flutterwave scandal further includes allegation of sexual harassment against Agboola. The report claimed that former employees had complained of Olugbenga using his position to gain sexual relationship with subordinate staff members.

WHAT I THINK ABOUT THE WHOLE FLUTTERWAVE SCANDAL

As far as I am concerned all these are mere allegations. Of course David Hundeyin is an award winning journalist. But he is also a controversial one at the same time. He does an excellent job with investigative journalism. You recall the article “Cornflakes for Jihad: The Boko Haram Origin Story”? That is just one other of his works, but until proven otherwise these are mere allegations.

Also Read: HOW TO USE BARTER APP FOR ALL YOUR ONLINE DOLLAR PAYMENTS WITHOUT ABOKI

Yes, it is also true that this report is coming almost at the same that a formal employee of Flutterwave Clara Wanjiku Odero accused Olugbenga and Flutterwave of bullying and negligence that led to fraud. Yet, the company deserves the right of fair hearing.

However whatever the truth may be, even if Flutterwave is innocent of the accusations and these are mere scandals, I still see some consequences.

MY PREDICTION ON HOW THIS FLUTTERWAVE SCANDAL WILL END

As this scandal about Flutterwave dominates the news in the last couple of days it has become a subject of discussion. I had a chat with a friend Chibuzo Dikeogu, a business development strategist and investment analyst and he has an interesting perspective to how it will end. First, he is predicting that it is time for another company to buy Flutterwave. And not just that but the name Flutterwave will completely disappear. Yes, in the course of the rebranding they will most likely decide to change the name. This is pretty obvious because there is a dent on the brand already. Believe it or not many people will not want to identify with Flutterwave going forward.

The US Security and Exchange Commission has an interest in this case. And that alone means it is a serious matter. Remember that Flutterwave is registered both in Nigeria and in the US. In fact the headquarter of Flutterwave is in San Francisco, California. So it is basically a US company as it is Africa.   And the US government don’t joke with trans border fraud nor anything that have such look.

Flutterwave need to move quickly why they can

Flutterwave has about 41 investors. Some of these investors are big names. They include Y-Combinator, Visa Ventures, Mastercard, Avenir Growth Captal, Tiger Global Management and others. Earlier this year, the company’s valuation reached $3bn after it raised $250m in series D funding. Such a huge valuation means that the key stakeholders will be desperate to cash out before the name if further dragged to the mud and they lose out completely.

It is quite common to see investors pulling out from an organization once there is a scandal as this.

So according to Chibuzo, the best bet for Flutterwave now is to quickly begin to move their resources to another organization. And this is if they will act fast enough before SEC will stop any such move pending investigation.  If SEC act faster than Flutterwave here, operations may be completely grounded and that will be disastrous.

WHY BET ON FLUTTERWAVE IN THE MIDST OF THIS SCANDAL?

You might be wondering why another company will want to bet on Flutterwave in the midst of this scandal? But I think otherwise. I think Flutterwave is still a very beautiful bride anytime any day. Even if these allegations are proven to be true, it still doesn’t change the fact that Flutterwave is solving a major problem in Africa. These allegations will not take much away from the innovations these guys brought to Africa’s fintech.

Since its inception, Flutterwave has processed more than 200 million transactions valued at over $16 billion. The company operates across 34 countries in Africa. And according to the company it now serves over 900,000 customers. These are huge numbers that you can’t just ignore. Besides, fraud alone cannot build such.

So I believe they will get new buyers who will change the face of the company but the core operational framework will remain.

WHAT ABOUT THE MANAGEMENT?

I think Olugbenga Agboola will go. These allegations are just too damning not to force a change in management. My prediction is that the new owners will bring a new CEO to manage the rebranded company. And even if the current owners fail to sell, they may still have to ask Agboola to step down.

The process might be complex and complicated but I think it will be over. Though by the time it is over we might be seeing new owners.

Also note that these are predictions and we await to see how things unfold eventually.

So what is your own opinion on this. What are your predictions? Do you think that Flutterwave will survive this? Do you think the allegations are true in the first place? Let me hear from you also. The comment section is open for your contributions.