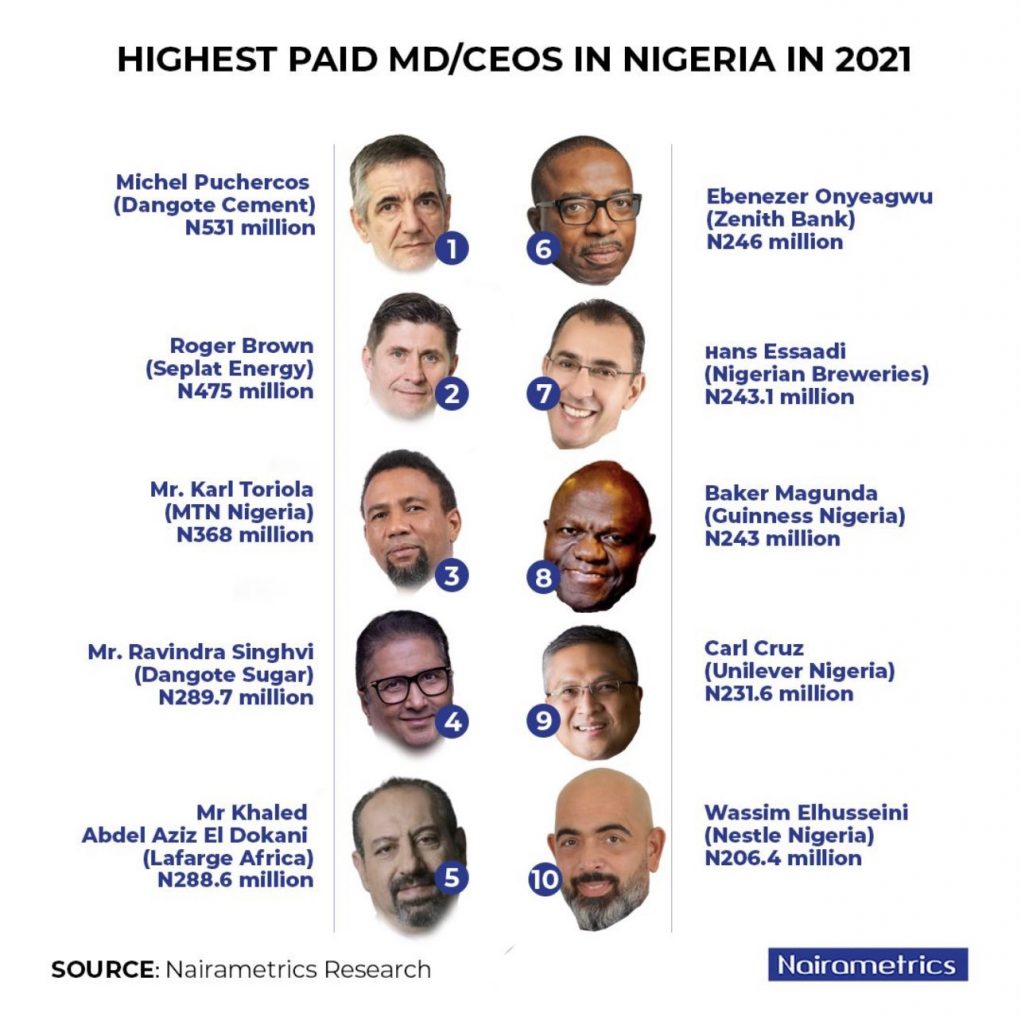 Becoming a CEO of a multinational company is not an easy task.

However, when one makes it to the top the benefits are mouth-watering.

To build a multinational company takes effort. But it equally take so much resources. Many people want to build brands that can trade globally and last for decades  and maybe centuries. But the question is, are they ready to pay the price that comes with it? The truth is that businesses don’t just become a success on their own. It takes efforts to make it happen. More importantly it takes people to make it happen.

People are the most important component and resources a company needs to succeed.

It is people that make decisions. They enact policies. They develop strategies. It is equally people that drive sales. And they also manage every other resources available to the company.

The CEO – The Most Important Person

Talking about people. They operate at various cadre in an organization. And they are equally tasked with different responsibilities. But the Chief Executive Officer (CEO) also known as the Managing Director (MD) is the highest position in any organization. And he/she is usually faced with the responsibility of making the hardest decisions in the company.

They are generally have the task and responsibilities of overseeing the overall growth and sustainability of the company. To make this happen they have to formulate policies, develop strategies and take very tough decisions.

When the company is doing well they take the credit. And when the company is under-performing they cannot run away from the blame. For the huge responsibilities they weigh on their shoulders it is understandable that they are usually the highest paid in any company.

Due to the sensitivity of the role, companies go a long way in attracting the best hands for the job. And when you attract the best you need to do your all you can to keep them. And one way of keeping them is through very attractive and competitive pay.

Highest Paid CEOs in Nigeria for 2021

Below is a list of the ten highest paid CEOs in Nigeria according to a report by Nairametrics and verified from the audited accounts of those companies from the Nigerian Stock Exchange.

The data was sourced from the published audited accounts of the companies and verified by Nairametrics Research.

Others on the list of the Highest Paid CEOs in Nigeria

Facts About The Salary of The Highest Paid CEOs in Nigeria

1.The combined annual salary of the 10 highest paid CEOs in Nigeria is N3.12 billion

2. On the average each of the 10 highest paid CEOs in Nigeria goes home with N26 million monthly.

4. Only 3 Nigerians are among the highest paid CEOs in Nigeria, the rest are foreigners

5.The highest paid CEO in Nigeria makes N44.25 million monthly. That is almost the salary of Nigerian president in 4 years

6. Two companies of the Dangote Group are in the top 4. No wonder Aliko Dangote is the richest man in Africa

7. The list has one bank, one telecoms company- the rest are manufacturing . This shows that to make more money you have to create something

8. If you can become the best in what you do there is still money in been an employee. Everyone must not be an entrepreneur.

9. No woman is among the 10 highest paid CEOs in Nigeria

10. A total of 37 top paid CEOs in Nigeria earns over 5 billion naira annually.

Bonus Point – on facts about Highest Paid CEOs in Nigeria

Did you notice that the two breweries there earn almost exactly the same amount? Could that be a coincidence or is that the industry standard?

Won’t it be nice if you learn how some of these top Nigerian brands were built?

If that is your desire, you can get yourself a copy of the book HOW THEY STARTED by Kachi Ogbonna.

10 Ways to Reskill and Upskill Your Employees for Future Competitiveness

I BLOGGED FOR 4 YEARS WITHOUT MAKING ONE KOBO – LINDA IKEJI