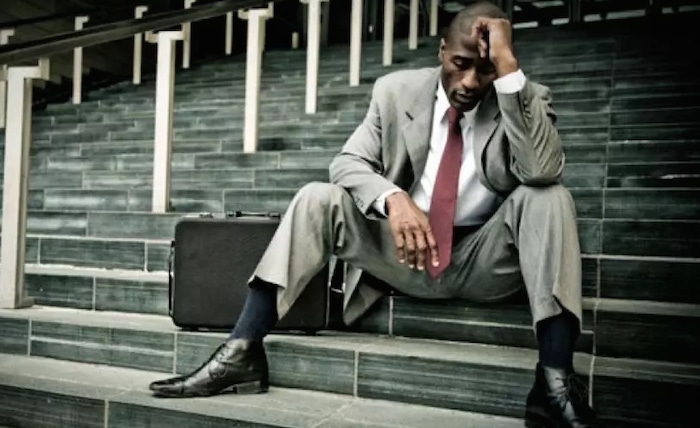 Once upon a time, all a person needed to have a good life was to graduate from the university. Once you were a graduate, your future was more than guaranteed for life. The story has it that, in those days, different companies trooped to convocation grounds of different universities with appointment letters desperately ‘pleading’ with young graduates to choose them ahead of other organizations in need of their services. The term ‘graduate unemployment’ does not appear in the Nigerian lexicon. It was graduates that decided which of the companies they preferred to work with. And on assumption of duty a young graduate would immediately be provided with an official car and a luxury apartment with different types of allowances. Today, this is a fairy tale! The good old days are over and graduate unemployment is now the order of the day.

Graduate Unemployment has led to having graduate conductors

In October 2016, the National President of Bus Conductors Association of Nigeria, Comrade Israel Adeshola, through the Lagos State ministry of transportation said they would help the government to tackle the issue of graduate unemployment in Nigeria. When asked how they intend to achieve that and he replied.  “By employing 1,000 graduates as bus conductors in Lagos” – gbosaa!

Comrade Adeshola in an interview with Vanguard also disclosed that the new policy of the Lagos state government under the leadership of Governor Akinwunmi Ambode was for government to collaborate with the Association to give bus conducting profession a new look. According to him, “Presently, Lagos state government through the Lagos State Drivers Institute is training and accrediting conductors in the state…” He confirmed that the graduates will be employed as bus conductors after the training. They would be on the payroll of the government with a salary of 50, 000 naira per month . This is reality.

Boy oh boy, I am sure some of you don’t believe that. You might want to ask ‘Is it really this bad?’ Yes, it is. But you see, I have been trying to wrap my head around it for a while now. How one would go to the university, spend four or five years, and at the end of the day send his or her CV and application letter for the job of a bus conductor in Lagos!

Also read: INNOSON MOTORS: FROM A SMALL BEGINNING TO AFRICA’S NO 1 VEHICLE MANUFACTURER?

The problem is not just the fact that the government is offering conductor jobs to graduates. After all someone can call you a mad man but you are not mad until we begin to see you remove your clothes and pick garbage on the road. The main problem is that there are many graduates who would spontaneously offer bribes, denounce their faith, beg and even defile themselves with those offering these jobs just to get on the payroll. Yes, that is the level we have degenerated to. That graduates can do and accept anything no matter how demeaning it is in the name of a job. This is the reality.

However, my simple and sincere opinion is that, even as we blame the school system for this anomaly, a graduate should never be too helpless.

Graduate unemployment has led to PhD Holders as truck drivers

It was Aliko Dangote himself who made this revelation during the mentorship meeting of the World Bank Youth Forum. He further stated that the company needed just 100 drivers, but received 13,000 overwhelming applications. According to him, most of the graduates were from reputable universities and had the needed qualifications for any job in the world. This is reality.

I don’t want to speculate on the quality of his education and his true capabilities and suitability for a different role. If he is not good enough, that would leave us wondering how he managed to get his first and second degrees .

This PhD holder is begging for this job because  he was told that the only reward for going to school was to get a job. Now that he couldn’t land a job in a bank or an oil company, he had to resort to whatever is available just to sustain himself. This is reality and once again, I am not proud of the school system that is responsible for such mess.

Who Wants to Be a Policeman?

In most of my seminars for undergraduates and Corps Members, I ask my audience. “What was your answer back then in primary school when you were asked ‘What do you want to be when you grow up’?” In all the places I have asked that question hardly anyone admitted that they wanted to be a Policeman or policewoman?And that is true. Few, I mean very few children would in primary school choose to be policemen when they grow up.

You would then imagine my surprise at what happened during the 2016 Police Service Commission (PSC) recruitment exercise. As unpopular and perhaps unattractive as the police job may look in the eyes of most Nigerians, no fewer than one million applications were received.  The Commission was looking to fill just 10,000 available positions!

A must read: 5 REASONS DANGOTE’S NET WORTH HAS CONTINUED TO DWINDLE

Once again I have nothing against the police job.  As a matter of fact, I consider it a very respectable profession. The point I am making here is that, deep down the hearts of those one million graduates applying for this job, it is possible that not even one of them applied for the job out of passion for it or to fulfill a childhood dream of becoming a Policeman or Policewoman. The greater majority of the applicants did just to escape graduate unemployment. They see themselves as stranded and so had no other option and so anything could go. This explains why you see so many policemen misbehaving on our roads. They never joined out of passion for service but out of frustration.  They are ever ready to transfer that frustration to innocent citizens they swore to protect. This is reality!

In 2014, The Nigerian Immigration Service (NIS) announced its plan to recruit more people into service. They demanded an application fee of one thousand naira from each candidate. Report had it that 6.5 million people actually responded to that call to apply. Precisely on March 15, 2014, Nigeria witnessed what I pray should remain the worst unemployment tragedy as what was supposed to be an aptitude test event became the cause of the death of 23 young graduates who were desperate for a job. Graduates were seen trooping into stadia across the country for the recruitment test. And because of crowds there was a deadly stampede that claimed lives. They died trying to get a job. This is reality of graduate unemployment in Nigeria!

With the unemployment rate in Nigeria hitting 33.3% recently, there is need to explore potent option to salvage the situation. The implication of this is that one in every three Nigerian willing and able to work currently cannot find a job to do. A vast majority of these unemployed youths are graduates. As a matter of fact, graduate unemployment has been a major challenge for successive governments in Nigeria. To be fair to the different presidents we have had, each person has tried to fix it in his own way. But the reality remains that graduate unemployment is only increasing instead of decreasing.

I have proposed a simple formula that can end graduate unemployment in just 8 years. This formula is simply the application of the Igbo Apprenticeship System. This system requires successive businesses being committed to developing other businesses through  apprenticeship.

Let’s start from what government has done already

As mentioned above, successive governments have made different attempts at tackling the problem of graduates unemployment all to no avail. I know several intervention programmes that the federal government has rolled out at different points. Most of these programmes has not yield the intended result. You remember the FADAMA project, YOUWIN, N-Power, AGSMEIS, TIES etc.

The question is can we boldly point to 10,000 businesses across the country that this schemes has produced?

How much has government invested in these schemes?

As at August 2021 NIRSAL Microfinance Bank said that 440 billion naira has been disbursed under the AGSMEIS loan scheme. For 2021 fiscal year alone, the government proposed to spend N400 billion on National Social Investment Programme. That programme is basically all about N-power and Tradermoni.

In fact the government say they spend 360 billion naira every year to empower graduates.  Similarly, the Buhari led government spent over 8 trillion naira in six years fighting insecurity (a product of of unemployment). Imagine if that amount for for a couple of years is put together to implement the Igbo Apprenticeship Model across the 774 local government areas in Nigeria.

Let’s just run the numbers briefly.  Let the government set an 8 year project plan to end unemployment in Nigeria. Choose 5,000 youths from each of those 774 local government areas for empowerment under the Igbo Apprenticeship Scheme. This will give a total of 3,870,000 youths.

This will be the effect

Now let the government empower these young people with a condition. The condition is that each person will take 5 other youths between the ages of 18 and 24 to serve them for a period of 4 years each. Within this 4 years they are your staff working without pay, but you have an obligation to teach them everything about the business. After 4 years we are going to have 3,870,000*5 = 19,350,000 graduates emerging from this programme. Each of these people would have owned their own businesses too.

WILL EVERYONE SUCCEED AT THIS?

You are probably reading this and saying that it is easier said than done. Maybe you are asking what is the guarantee that all the people that will receive the money from the government will make a success of it?  Yes, you are been reasonable to think that way and I completely agree with you. No business proposition has a 100% chance of succeeding. But even in an unlikely situation where we record 50% failure. I mean if half of all the people that receive the money misuse theirs or fail to keep to the terms we will still end up creating nearly 60 million new jobs/businesses.

For me that this is doable and if in 8 years we create 60 million new jobs/business graduate unemployment would have gone. If Nigerian leaders are truly committed to this we can make it happen.

Have you read: HOW THREE YOUNG UNDERGRADUATES STARTED WORKING ON ENDING UNEMPLOYMENT IN NIGERIA?

LET ME HEAR FROM YOU

Do you believe the Igbo Apprenticeship System can be the solution to the age-long graduate unemployment problem in Nigeria.  Also do you think the government should consider adopting it? If so let’s hear your view in the comment. And if not also let us know what your own suggestion will be.