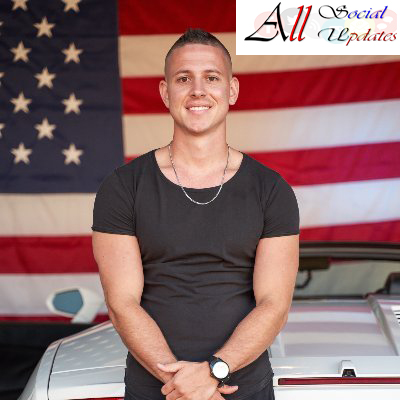 It is the dream of everyone in the world I guess, to create wealth. But it is not just about creating wealth, most people would like to do that as early as possible. I think it is considered more fulfilling to become a billionaire, say at 30 than to do so at 78. So in a sense we can say that Kevin David Lehmann is living the everyone’s dream.

Have you read: BUSINESS LESSONS FROM BOMBAS FOUNDERS

WHAT IS THE SOURCE OF KEVIN DAVID LEHMANN’S WEALTH?

I know so many people that heard the name Kevin David Lehmann and the fact that he is a billionaire at 18 will be interested in knowing how he made his money. But that is only the wise ones though. The ones who are not rational enough will start thinking in negative terms. Either they start been hard on themselves for not been able to make it like Kevin David Lehmann or they start scheming some stuff on how to make it by all means.

This is the reason this post is aimed particularly at revealing the real source of Kevin David Lehmann’s wealth. Knowing how he became a billionaire at 18 will probably help you not to feel any undue pressure.

So from my investigation from quite reliable source I discovered that Kevin David Lehmann is not way smarter than his peers. He didn’t do anything extra ordinary to become a billionaire. Yeah, he is a smart guy, a cool kid, and a hard working adult with interest in business. But it wasn’t any of those in isolation that brought Kevin David Lehmann to global prominence. My investigation revealed that Kevin was actually born into wealth. His father  Guenther Lehmann was actually a successful entrepreneur.

WHAT IS THE ORIGIN OF DROGERIE MARKET?

His father Guenther Lehmann had in 2017 transfered his 50% stake in Drogerie Market (dm) to the young David. The company employs about 41,000 staff across 2,000 retail stores spread across different cities in Germany. DM makes an estimated annual revenue of 12 billion dollars. The company was founded in 1973 but not by Guenther Lehmann, but by Goetz Werner who opened his first shop in Karlsruhe, Germany. The next year, Guenther Lehmann who at the time was running his family’s Pfannkuch grocery chain, decided to invest in dm.

Guenther Lehmann was never actively involved in the operations of dm. It is left to be seen how much Kevin will be involved.

So it is clear that the major source of the wealth that Kevin David Lehmann has is inheritance.

ANY LESSON FOR YOUNG AFRICANS FROM KEVIN DAVID LEHMANN AND THE SOURCE OF HIS WEALTH?

I think there a couple of lessons that young African entrepreneurs can learn from how Kevin David Lehmann became the youngest billionaire in the world.

1. Don’t feel any pressure over other peoples’ supposed fortunes until you find out how those wealth came about.

2. Our routes to greatness in life will not always be the same.

3. Be humble when fortune locates you.

4. If your parents couldn’t leave any inheritance for you will your children suffer the same fate?

5. Our wealth gotten in a clear and genuine way can be celebrated