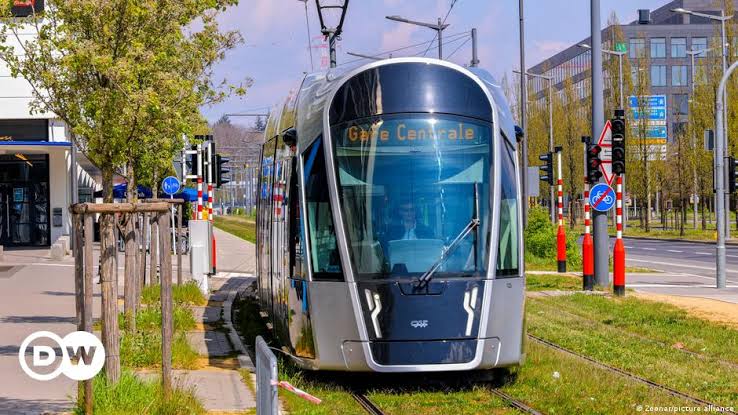 Luxembourg offers free for all public transport services to citizens and foreigners alike.

Transportation as an Essential Need

As it a known fact that transportation is one of the most essential needs of humanity. Rich or poor everyone needs a means of moving from one point to the other.

Unfortunately it is often a major challenge especially for those in urban cities. Because of population explosion transportation in some of these urban cities becomes both expensive and difficult to come by.

Government of some countries and major cities have made efforts to improve transport services for their citizens. Most of them deploy the popular BRT model in addressing this.

However, no country has been able to do it the way Luxembourg has done. In 2020 Luxembourg became the first country in the world to make public transport free for all residents; citizens and tourists alike.

Today we look at the free public transport service in Luxembourg, how it was achieved and lessons for other nations.

The first question to ask is why did the government of Luxembourg introduce free public transport? And the government actually provided explanation to that. And here are the reasons:

1. Free public Transport in Luxembourg will Get Cars Off The Road

The first and most obvious reason for the free public transport initiative in Luxembourg is to get cars off the road. Luxembourg has more cars per 1,000 people than anywhere else in the EU. In fact, in 2020, it was reported that Luxembourg had 696 cars per 1,000 people. That is 14 more than the 682 it was in 2016 according to Eurostat. And since driving is the driving is the primary source of transportation for commuters the traffic situation was becoming worrying enough.

So in order to address this the government needed to find a way to discourage people from putting their cars on the road. Introducing more tax on private cars could easily have been an option. But Luxembourg decided to go with the not too popular opinion of rather offering free public transport to all. They believe it will be incentive enough to have people drop their vehicles and use public transport to work.

But getting cars off the road isn’t the only reason for introducing free public transport in Luxembourg. It also talks about:

But Why So Many Cars in Luxembourg?

So the key reason for introducing free public transport in Luxembourg is to reduce the number of cars on the road. We have seen that no country else in Europe are people as car-crazy as Luxembourg. Almost 90% of all Luxembourgish households have a car. And one in ten families have three or more cars.

The question then is why are there so many cars in this small country?

Well, the answer is not far fetched and here are some:

So these are factors that make it easy for almost everyone in Luxembourg to own a car.

What Does it Cost The Government to Implement This?

Of course someone has to pay the fare. So when will use the term free public transport in Luxembourg it isn’t really free. But government decides to bear the cost. And according to government representatives the Luxembourg’s public transport system covers the whole country and costs $562 million (€508 million) per year to run.

Easiest Countries to Get Citizenship

Any Disadvantage of Free Public Transport in Luxembourg?

The major disadvantage I see about running a free public transport is the cost on government. But it does appear as if the government is rich and prepared enough to cover this.

The next disadvantage would be that it may unintentionally discourage people from walking and cycling. People who would normally walk or cycle in urban areas will now choose to go on free transport. So you would imagine you with a plan to walk a 400 meter distance to office. Then suddenly a bus shows up and you know it is free. There could be that temptation of wanting to hop on. And of course you also know the health implication when people fail to take a walk. It can also happen to those who normally would have cycle to and from work. Some of them will now decide to abandon their bicycle since bus or train is free.

Other Countries that Offers Free Transportation

From my research no other country anywhere in the world offers complete free public transport except Luxembourg.

However, some countries and cities have experimented it to some extent in the past.

For instance, we have the following:

In Estonia’s capital, Tallinn, there has been free public transit for residents since 2013.

The cities of Dunkirk France also introduced transport free system in 2017 in a bid to get cars off the road and reduce air pollution.