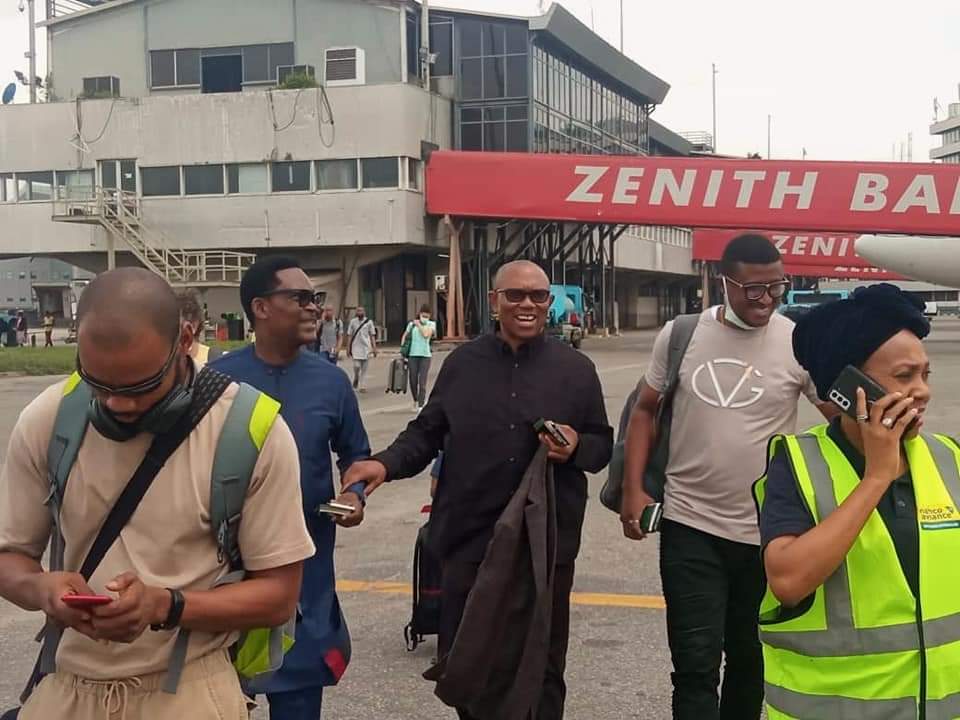 Peter Obi seems to be endearing himself to more Nigerians with the way he is going about his preparation for the 2023 general election.

State Chairmen of Labour Party and Their Contacts

IMF Prediction on Nigeria and The Implications of 2023 Election

His latest move is that he has today June 14, 2022 depart Nigeria for Egypt for a 3 day visit. According to a message from his official Facebook page he said the visit is part of his detailed study of comparable countries to Nigeria. The message further states that while he is in Egypt some of the sectors he is expected to understudy includes:

“I just departed for Egypt on a 3-day visit as part of my detailed study of comparable countries to Nigeria.

In Egypt, I am expected to understudy, among others, the Egyptian Power Sector, Education, Planning and Finance Sectors”.

Many people who responded on Social Media hail it as a good development especially at a time when other aspirants are travelling abroad for medical tourism.

Peter Obi’s decision to run for the office of the president seems to be generating a lot of excitement all over the country. In fact many people credits him with the ongoing PVC revolution. The PVC revolution has seen Nigerians from all walks of life mobilising their people to ensure they register. Even churches are now releasing official messages encouraging their members to get their PVCs.

Many people consider Peter Obi as one of the top 3 contenders for the election.

As Peter Obi departs for Egypt Nigerians are hoping that he comes back better prepared should he emerge as the next president.

Many people are already questioning the rationale behind his destination at a time like this? So as Peter Obi departs for Egypt we ask why could he possibly have chosen Egypt?

So here are some of the reasons we were able to discover that could have informed his decision:

1. Egypt is the best African country to invest in 2021 according to Rand Merchant Bank.

2. Egypt has the highest number of ongoing infrastructural projects in Africa.

6. In 2021 Egypt completed Iconic Tower which beats the long standing record of Johannesburg’s Carlton Centre which has been the tallest skyscraper in Africa at 223 metres (732 ft) tall.

10. The country is currently building the Largest Olympic Sports City in the world.

13. They are equally building the Largest First space research city

14. They are also building the world’s largest beet sugar factory