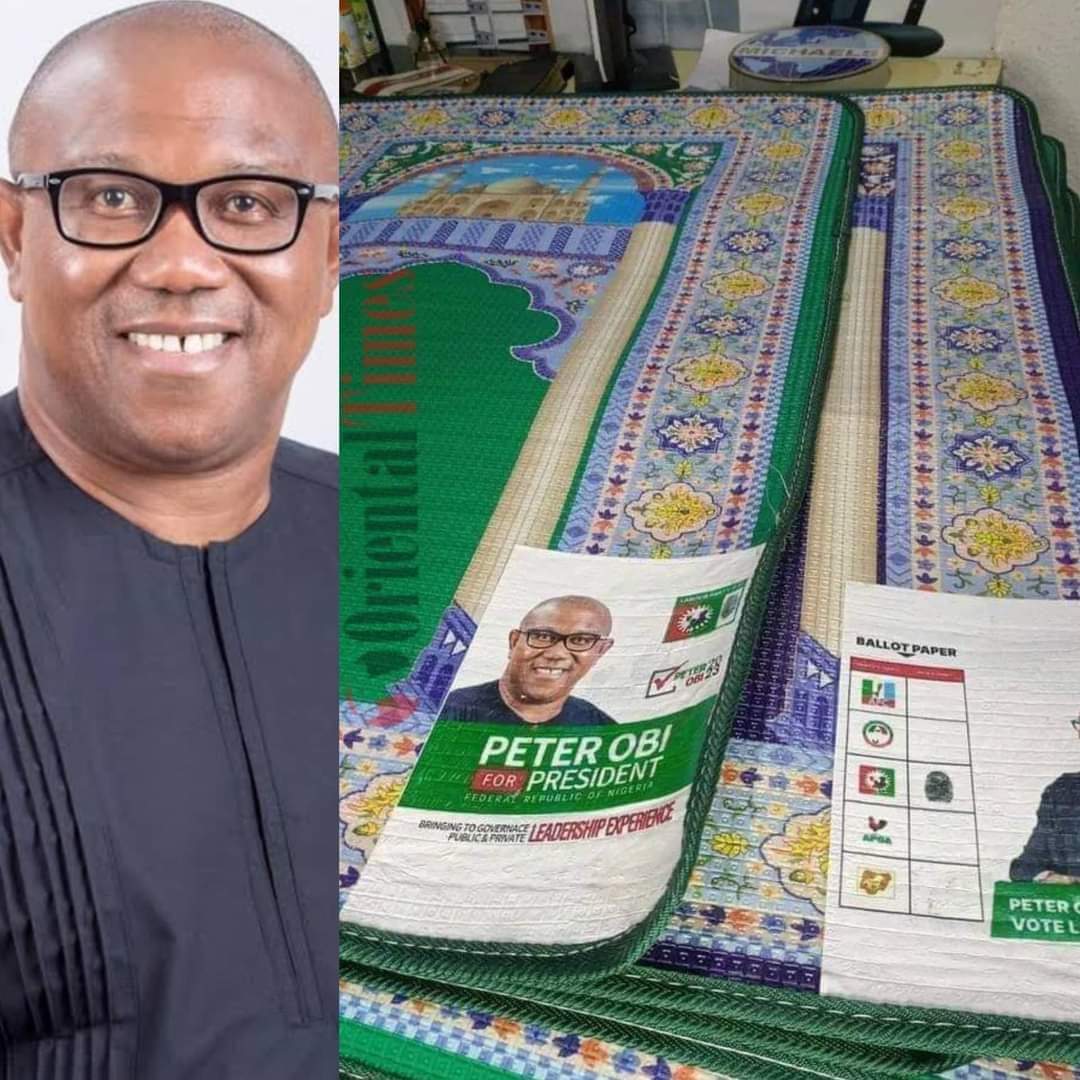 The presidential candidate of Labour Party in the 2023 general elections Mr. Peter Obi has distanced himself and his campaign team from a controversial Muslim Praying mats bearing his pictures.

Peter Obi in a tweet from his verified handle describes it as a ‘misguided action from a support group’. He further stated that he has deep respect for the Muslim faith and indeed every other religion.

“The inclusion of my picture on the praying mat by a support group was misguided, even with the best of intentions. It didn’t emanate from my campaign team. I have deep respect for the Muslim faith and indeed, for every other religion.

We will never mock any faith, ethnicity or gender. We are one Nigeria.

A Muslim Praying Mat containing the picture of Peter Obi had surfaced on social media in the course of the week. Obviously it is the idea of some zealous support group who saw it as a way of promoting their choice of presidential candidate among their Muslim brothers. But it was later greeted with criticisms from certain quarters. However, with Peter Obi putting the record straight it should be the end of all that.