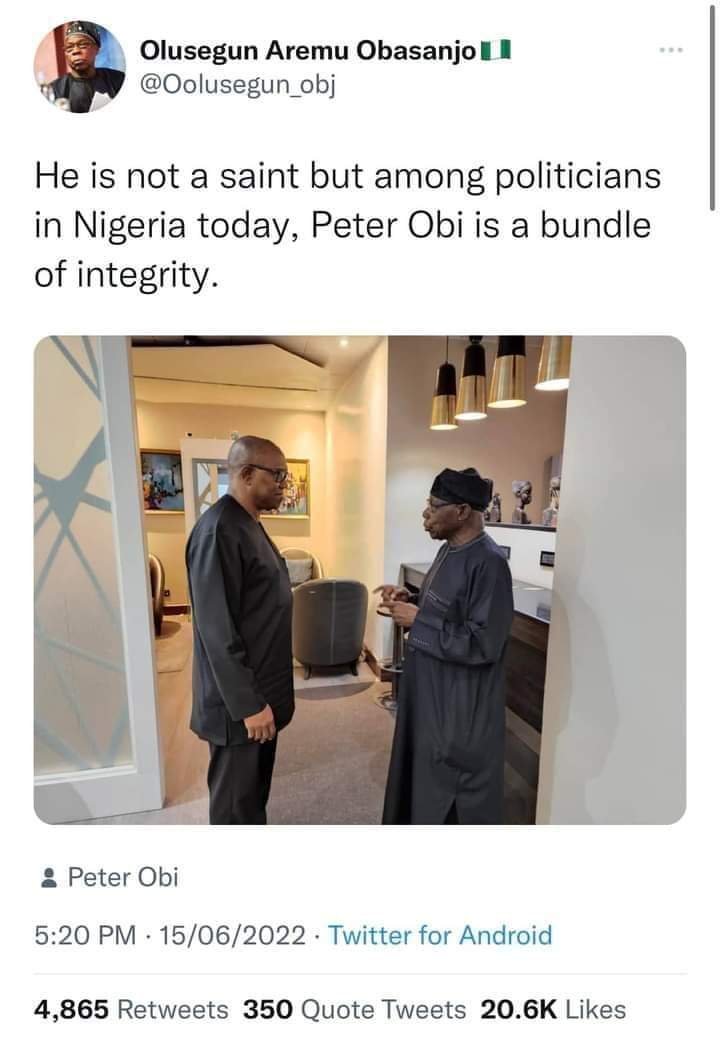 Peter Obi is a Bundle of Integrity  – Olusegun Obasanjo

Former Nigeria president,  President Olusegun Obasanjo has added his voice to those speaking good about the presidential candidate of Labour Party Mr. Peter Obi by describing him as a Bundle of Integrity .

In a message on his verified Twitter handle Obasanjo said “He is not a saint but among politicians in Nigeria today, Peter Obi is a bundle of integrity”.

Many people consider this as an endorsement of the candidacy of Mr. Obi. And with the personality of Olusegun Obasanjo as an elder statesman this endorsement will most certainly bring him more supporters.

Peter Obi was recently criticized by controversial cleric Rev. Father Mbaka who described him as being stingy. But many Nigerians on social media are speaking out in support of Peter Obi describing him as the ideal man for the top job.

There is currently a PVC revolution with most Nigerans working towards getting their PVCs. In fact many are of the opinion that this is going to be one of the closest election in the history of the country democracy.

Before you go, don’t forget to get your own PVC.