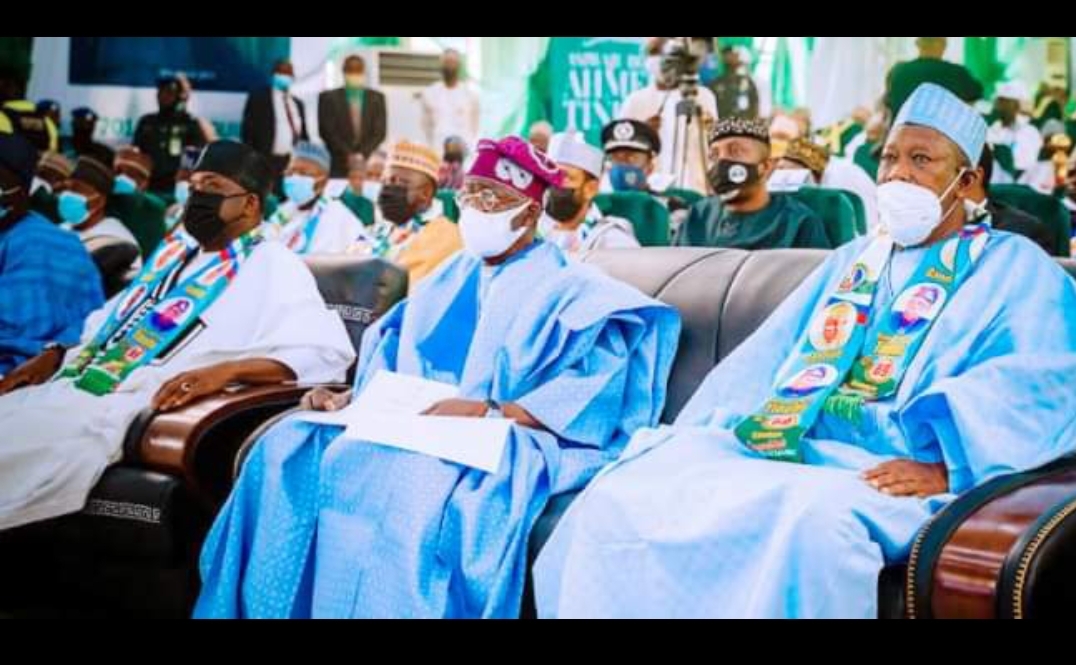 He made the comment during a gathering of about 100 clerics at the Kano state government house as part of activities to mark Eid El Kabir.

“We have advised him to pick a Muslim deputy and he has agreed,” Mr Ganduje said.

“A Muslim-Muslim ticket is a reality. It is not something new in Nigeria.”

Mr Ganduje asked the clerics to pray for Tinubu to emerge as Nigeria’s president come 2023.

He also urged them to offer prayers for his administration’s peace and progress.

Mr Ganduje asked the clerics to pray for his Deputy Governor, Yusuf Gawuna, who emerged as the APC governorship aspirant in Kano State.

Tinubu has agreed to pick a Muslim as his deputy.