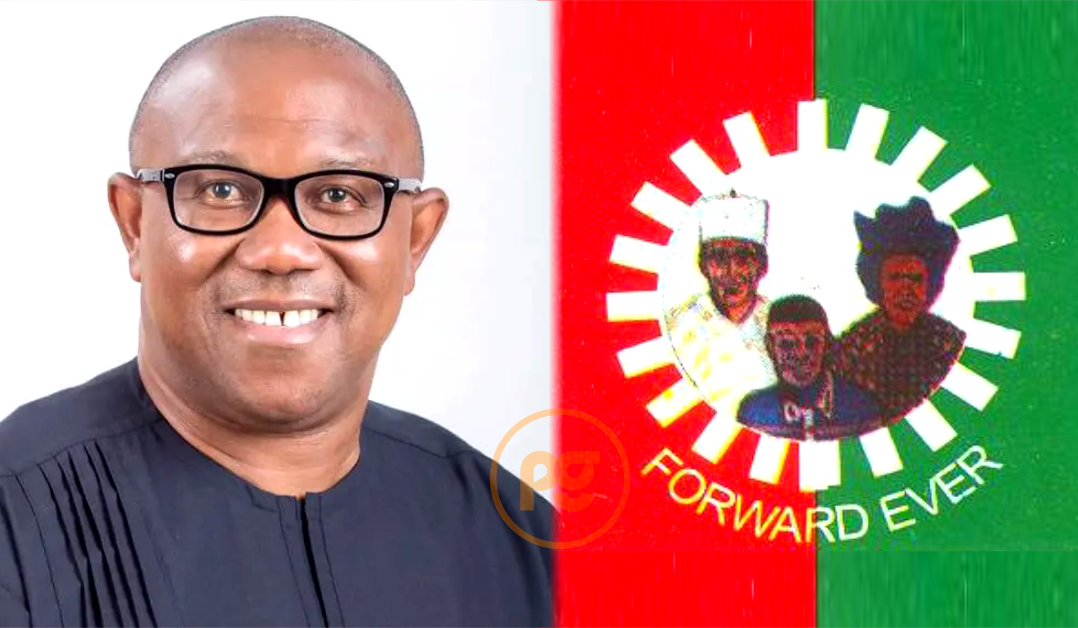 The presidential bid of the Labour Party candidate, Peter Obi yesterday got a big boost as the two labour centres in the country, the Nigeria Labour Congress (NLC) and the Trade Union Congress of Nigeria (TUC), declared their support for him

The two labour centres assured Obi that they would campaign and do everything within their powers to ensure that Labour Party wins the forthcoming 2023 presidential election.

They declared their support yesterday in a separate speeches made by their presidents in Abuja, at the 10th anniversary lecture in honour of Late Pascal Bayau.

Delivering his speech, the NLC President, Mr. Ayuba Wabba, described Obi as one of the finest Nigerian and the first presidential candidate of Labour Party to be recognised by the labour centres.

Furthermore, he stressed that the NLC would fully mobilise to ensure the victory of the party in the 2023 general elections.

Wabba said it became pertinent for the organised labour to fully participate in the campaign process to ensure that the candidate whose mantra would make life better for his members and Nigerians at large wins the election. According to him, the union had realised that strikes and protests alone cannot change the narratives in Nigeria, especially as it concerns workers’ welfare and fair treatment to the working people.

Labour Unions are pleased with the emergence of Obi

On his part, the TUC President, Mr. Quadri Olaleye said all the labour unions were pleased with the emergence of Obi and ready to work with him. He said the entire labour movement has accepted, adopted, would support and ensure workers vote massively for him in the 2023 presidential elections.

He insisted that Labour Party remains the only party for Nigerian workers.

In his remark, Obi said his visit to the leadership of the two labour centres was not to campaign, but a courtesy call to honour the organised labour on whose party and interest he is seeking Nigerians vote in the 2023 general elections.

The former governor of Anambra State said workers are the main stakeholders in the quest for economic development of any nation.

Obi said no one can honestly talk of improving production in any sector without factoring in the contribution of the workforce.

“Labour is the engine of production, capital and machine can do anything, but labour is what makes it work because labour is the greatest contributor to production, it has to be properly remunerated. I don’t need to tell you how bad things are in this country today.

“If you are on wages, today Nigerians spend 100 per cent of their wages on just feeding. So, many don’t even know where their next meal will come from. They pay to train their children only for them finish school and stay at home without work.

“These are issues we need to discuss about. Nobody can be president without sitting down with the labour organisation to decide the future of Nigeria. We can no longer have a situation where the leaders are here and workers are there.

“They must sit on the same table and talk. That is the beginning of the solution, that is what is happening all over the world,” he said.

Loans are Channeled to Unproductive Ventures

He said the reason the economy was lying almost prostrate today was because most of the loans being secured were being channeled towards consumption and unproductive ventures.

Obi also said that the reason the country’s revenue to GDP was low was because the country has remained unproductive.

Obi further said governance was all about the people, adding that as governor of Anambra state, he identified with the needs of the people.

Speaking on the harsh economic situation in the country, Obi’ said the way out was to return Nigeria to a productive nation.

“Nigeria is not a producing country. The collective effect of what we are suffering today is bad leadership. We have a leadership that concentrates on sharing.

“So you have to move from sharing formula to production formula. This is a country of 200 million people sitting on 923,000 square kilometers of land. They can’t feed themselves, they can’t export anything. Total of Nigeria’s export including oil is under $2 billion for 200 million population,” he said.

Obi said more than half of the country’s youths of productive age are unemployed.

Obi suggested that a law should be enacted to ensure that all loans by government should be for productive ventures.

The Late Comrade Pascal Bafyau who was the third president of the NLC died on May 15, 2012.

According to Wabba, the emergence of the Bafyau as the president of NLC in 1988-1994 was very significant and it was no less historical and phenomenal.

Nnamdi Kanu Calls for Calm, Says “We are Fighting to Defend our People”