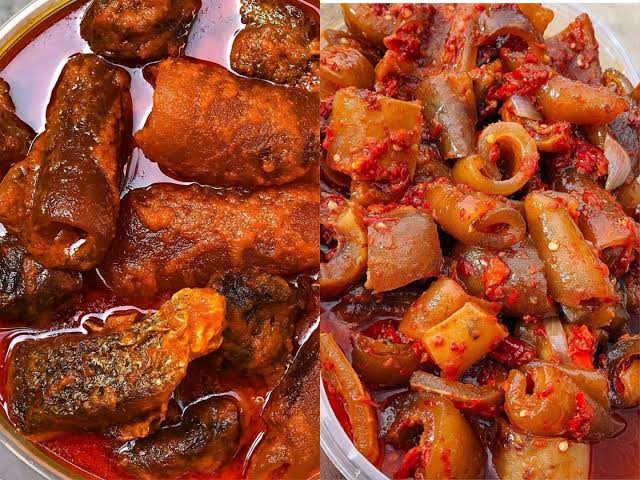 FG set to ban the consumption of ponmo – but does it make sense?

Does ponmo have nutritional value?

Is the consumption of ponmo having any direct negative impact on the economy?

Will a ban on ponmo by FG turn the letter industry around?

The Federal Government is proposing a law to ban the consumption of animal skin, locally known as ponmo.

The Director-General, Nigerian Institute of Leather and Science Technology (NILEST), Zaria, Muhammad Yakubu, said this in Abuja on Sunday.

Why is FG Proposing a Ban on Ponmo?

1. Yakubu said it will help revive the comatose leather industry.

2. He believes ponmo has no nutritional value

4. According to Yakubu, Nigerians are the only people in the world that overvalue skin as food.

5. It will bring about greater output in production

How Will FG Achieve a Ban on Ponmo?

But is it really possible for the FG to ban the consumption of ponmo in Nigeria? If yes, how will they achieve that?

Yakubu said the institute, in collaboration with stakeholders the industry would approach the FG through the national assembly and also state governments to bring out legislation banning “ponmo” consumption.

7 Aspects of Corruption Buhari Does Not Understand – BabaAhmed

Is FG Considering a Ban on Ponmo for the First Time?

According to Yakubu, this is not the first time this proposal is coming up. “At one point, there was a motion before the two chambers of the national assembly, it was debated but I don’t know how the matter was thrown away” he said.

In fact, the formal minister of Agriculture Akinwunmi Adesina also made a case for a ban on the consumption of ponmo as far back as 2014. He also sited the leather industry as a key reason for that proposal

Nigerian Institute of Leather and Science Technology (NILEST) was set up to promote leather production as provided in the Agricultural Research Institute Act of 1975. The institute conducts research on the production and products of leather and the utilisation of local tanning materials.

But is it a Fact That Ponmo Has No Nutritional Value?

No of the reasons sited by Yakubu why FG should place a ban on ponmo consumption is that it has no nutritional value.

But is that really true?

Experts tends to disagree with that stand.

A dietitan, Mrs Oluwakemi Olanrewaju, has said it provides the body with ‘important nutrients’.

According to Olanrewaju, a 100g of boiled, thick cow skin (ponmo) contains about